OUR SCHOOLS ARE OPENSEE OUR COVID-19 RESPONSE

Published December 27, 2019 in The Virginian-Pilot

When 3-year-old Crew Kendall came down with a fever on a recent weekday, his parents didn’t have to call out of work or find childcare in a rush.

They just brought him to school.

Most parents with small children — especially at this time of year, as cold and flu season ramps up — know that’s a no-no. Daycares usually ban sick kids to keep the spread of illness to a minimum. But Crew goes to LeafSpring School in the Red Mill area, which takes a different approach: an on-site clinic called the Get Well Place.

“We are unique in that way. That’s one of the first things I’ll tell parents,” said director Angeline Fontimayor, who knows of nothing else like it in the area.

“Even if a parent or family doesn’t use LeafSpring School, I always tell them ‘Hey, you don’t have to be an enrolled family to utilize the Get Well Place.’ Public schools have a nurse but even with the nurse, they send the kids home.”

LeafSpring, which just recently changed its name from Rainbow Station, opened the Get Well Place in 2007. Fontimayor said that although it has always been used, she feels it could be used more. “In Hampton Roads there’s so many resources, especially being a military town, we don’t necessarily always know how to get the word out there,” she said.

LeafSpring’s nurse will care for about four sick children at a time — sometimes seven or eight if a teacher is helping — from 6 weeks to age 13, with mild issues like colds or stomach bugs. Some ailments may be turned away or sent to a doctor, like live lice or unexplained rashes. “We need to know the why part,” said Fontimayor.

The clinic can also care for children with chronic or unique needs such as diabetes and other diseases. The nurse will give the children their needed medications.

The clinic has a separate entrance from the rest of the school and four rooms each with a separate ventilation system. That helps prevent cross-contamination, so a child with pink eye doesn’t come home with the flu, Fontimayor said. The rooms are named based on the school’s train theme: “Sniffle Stop” for mild colds, “Woozy Station” for children who may be vomiting, “Spot Stop” for children with rashes and “R&R” for children who need some rest.

Ill children can recuperate in one of the beds that the clinic has or they can keep themselves busy by watching cartoons on television, playing with toys or listening to music.

“At the end of the day, we want the kids to be comfortable and we want them to get better,” Fontimayor said.

Children enrolled at LeafSpring can use the clinic for free, and children not enrolled can go for $75 a day, or $50 for 5 hours or less. Fontimayor said they’re busiest during flu season.

Other daycares said they don’t have a place for sick children, including KinderCare Learning Centers, a national company with several locations throughout Hampton Roads, said spokeswoman Colleen Moran. Their policies vary depending on the illness but, generally, they send the child home if they get sick midday or ask parents to not bring them in, Moran said.

Fontimayor said that even when the Get Well Place doesn’t have ill students, their nurse is being proactive and checking up on the well children.

“I love knowing that there’s a nurse on staff for our school and community,” she said.

LeafSpring School is franchising! Bring this amazing resource to your area. Visit http://franchising.leafspringschool.com to learn more. 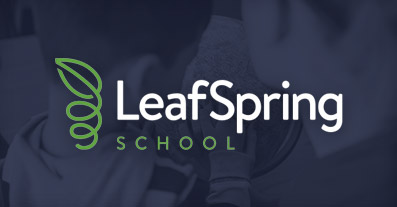 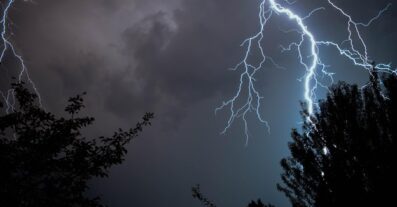 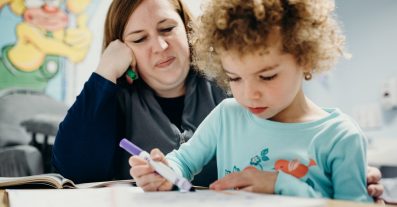 Pre-K: Naming Letters Is Not a Straight Path to Literacy: Here’s Why